HUNGARY'S HISTORY IN A NUTSHELL

This nation has more than a thousand years of history, full of great events, kings, battles, allies, enemies, intrigue and sometimes, peaceful years. Here you can get a quick overview of the main events that have shaped the country and its people over time.

Hungarians were nomadic people and are believed to have moved to the Carpathian basin from the East, somewhere around the Ural Mountains. Under the leadership of Árpád, the Hungarians took over the basin around 895.

In 1000, King Stephen I (St. Stephen) founded the state of Hungary, and accepted the Catholic religion as its standard. Stephen was crowned with the Holy Crown of Hungary and blessed by the Pope. The crown is now displayed in the Parliament building.

In 1241-1242, the invasion of the Mongols caused serious destruction in the country, and half of the population was killed or deported into slavery (1 million people). After the invasion, King Béla ordered the construction of a system of strong stone castles to defend the country from further attacks. The second Mongolian strike was stopped at Pest by the royal army thanks to these castles. 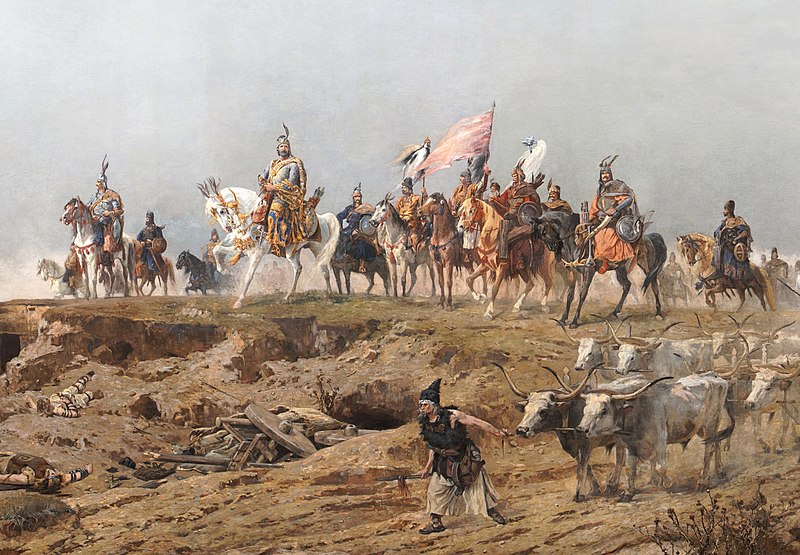 After a Turkish conquering army defeated the Hungarian royal army at Mohács in 1526, the country split into three parts around 1541; the Hungarian Kingdom, the Habsburg dominion and the Turkish dominion. It took 150 years before the Hungarians could take control of the situation, reunite and drive out the Turks. After the Turkish domination, the country became part of the Habsburg dominion, but under the leadership of Ferenc Rákóczi II. Hungarians partially regained their independence, and signed the treaty of peace at Szatmár in 1711.

Over the course of the 19th century, very important reforms were made. Hungarian became the official language of the country, and the language was renewed and elevated to a literary level.

In 1848, revolutions of independence spread across Europe, including Hungary. The Magyars tried to remove the boundaries of Habsburg dominion. After the suppression of the revolution, the silent resistance made the nation stronger than ever before. In 1867, a Hungarian delegation led by Ferenc Deák finally came to an agreement with the Habsburgs and the dualistic system of the Austrian-Hungarian Monarchy was born.

During World War I, Hungary was allied with Germany and Austria and sent hundreds of thousands of troops to die in the name of foreign interests. In 1918, the Monarchy broke up, and the first government was established in the framework of the Republic of Hungary. After losing the war, the Allies overran Hungary and in accordance with the Treaty of Trianon, split up the country. The Hungary of more than 20 million became a small country of less than 8 million. This is the Hungary we know today.

World War II brought more tribulations to the people of Hungary. Fighting alongside the Germans against the Soviets, the Hungarian government eventually tried to change sides and join the Allied countries. Possibly fearing sudden exposure from the vulnerable flank of the Hungarian plains - perfect tank country- the Germans then overran Hungary near the end of the war and deposed the government to the benefit of their nationalist allies. Hundreds of thousands died during the war or were deported to German concentration camps.

After the Germans were beaten by the Allies, Soviets took over the country, drove out the Germans, and stayed for 44 years. In 1956, the people tried to force the leadership to stop this domination and end dictatorship by the Soviets, but the attempt was unsuccessful and punished unmercifully. However, it did have some effect on the government and some concessions were made. The Soviet domination lasted until 1989, when Hungary finally became an independent democracy.