BMW plant to be built in Debrecen

Kezdőlap / BMW plant to be built in Debrecen

The Minister said in an area of 400 hectares in the vicinity of the city they will manufacture conventional and electric cars on a production line with the latest cutting-edge automotive industry technologies. 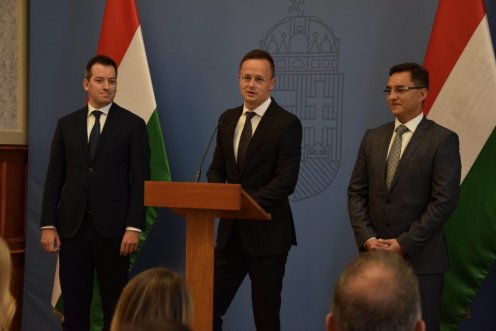 The plant’s capacity would be enough for the production of some 150,000 cars annually, he said.

Mr Szijjártó stressed that the value of the investment exceeds one billion euros, and already at the very beginning more than one thousand jobs will come into being.

He said the area chosen as the site of the plant will be transferred to BMW’s ownership in the second half of the year, and recruitment will start as early as next year.

The project will contribute to Hungary’s competitiveness and will further strengthen Hungarian-German economic relations, he pointed out.

The Foreign Minister highlighted that in the world economy such swift and profound changes are taking place that we can talk about a modern-day industrial revolution where new technologies are constantly changing the criteria of success. In this new era companies compete for the application of new technologies, while countries compete for investments, he explained. He added that this new era has an especially profound impact on countries with open economies such as Hungary.

Mr Szijjártó believes that when Hungary entered this competition, it was able to cite powerful arguments in its favour, including low taxes, flexible labour regulations, dual training and the availability of high-quality technical and IT training programmes.

He said that the economic policy that is based on these favourable features has proved to be successful and investments are on the increase year after year: last year a record 96 new projects were brought to Hungary via the country’s investment promotion system. 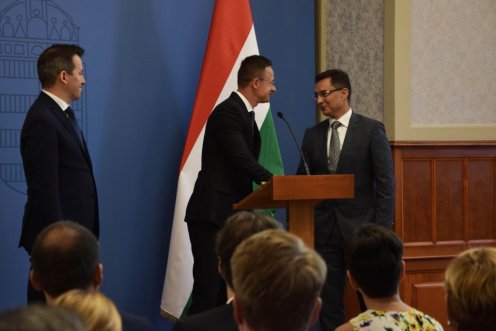 The Minister stressed today they are able to render an account of yet another fine achievement as when one of the world’s biggest, most successful and most modern automobile manufacturers decided to increase its production capacity in Europe, it chose Hungary. They have negotiated with the company for 14 months, and BMW considered several European cities as possible sites, he said.