'The Future of U.S.-Hungarian Relations' Roundtable Discussion at the Embassy

Home / 'The Future of U.S.-Hungarian Relations' Roundtable Discussion at the Embassy

On Tuesday, April 2, the Embassy of Hungary co-hosted an event with Fulbright NCAC on “the Future of U.S.-Hungarian Relations.” The discussion featured remarks from Ambassador Eszter Sándorfi, Director of the North American Department at the Hungarian Ministry of Foreign Affairs and Trade. Ambassador Dr. László Szabó, the Ambassador of Hungary moderated the thought-provoking discussion. Following the keynote remarks by Director Sándorfi, the participants were able to address several questions and have an informal and open discussion on the U.S.-Hungarian political, security and economic relations, the Defense Cooperation Agreement, energy security, Russia, Hungary's vision for the future of the European Union, the Hungarian Government's opinion of the Fulbright scholarship program and other bilateral academic and cultural exchange programs with the U.S. 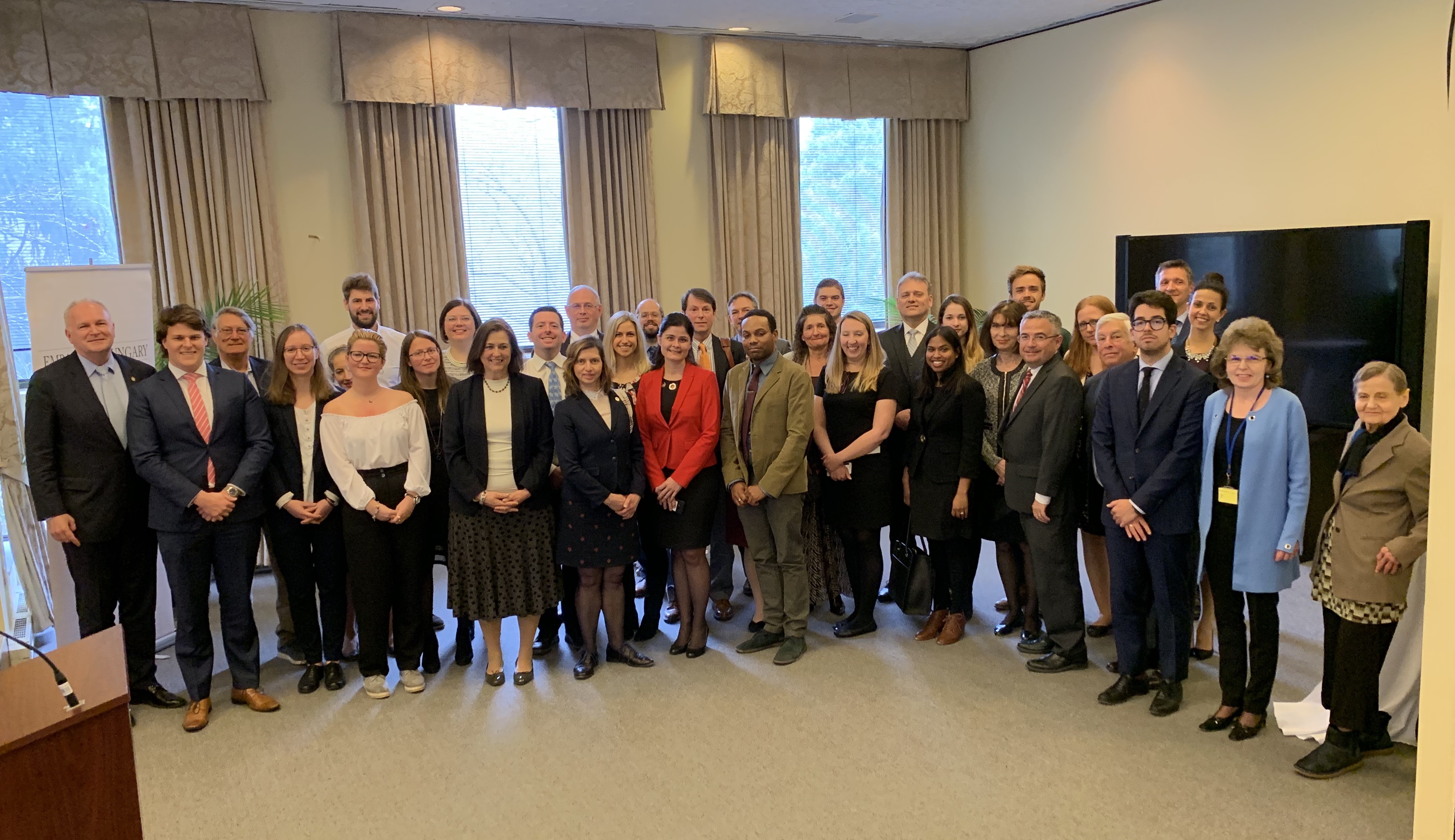